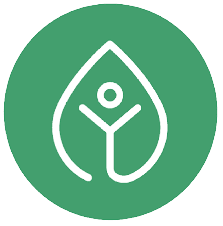 We’ve talked about the surprising history of remote work in a previous article, and now we decided to look at the business side of things. Unsurprisingly, remote outsourcing isn’t that new a phenomenon either. As early as the 2000s, many companies have been sending out talent to countries on different continents.

Before one explores deep into the history of things, it’s important to fully flesh out a definition of terms. Outsourcing is a business practice wherein a specific task or role within a company is delegated to a party external to your company. It becomes remote when this third party is one that you do not have face-to-face physical interaction with given the great distances involved.

It Began in the Open Seas

Arguably one of the first truly international enterprises in human history was to be found in the age of sail. Advances in shipbuilding opened up a whole world of commercial possibilities to the Imperial nations of Europe in that age. These early global voyages were fraught with danger and many a captain lost half his crew to disease and the elements long before the voyage came to a successful end. This necessitated taking on sailors at different ports of call to fill up the ranks–effectively outsourcing due to necessity.

While the practice was done primarily out of convenience, many captains began to see the value in hiring out seamen whose expertise was sorely needed. These included guides who were familiar with foreign lands and waters, experts in needed fields like surgeons, and even cooks, just to name a few. Sure, many of these were considerably more affordable to hire, but it was primarily a matter of need of expertise than affordability.

In other cases, it was also a matter of growth as was the case of privateers. In what most certainly was the first-ever instance of true remote outsourcing, these privateers were ships and crews hired out by the great powers of the age to plunder and prey upon ships of an opposing nation’s fleet. This practice allowed a single power to multiply its naval presence on a global scale without having to actually build ships and train crew to man them.
The important takeaway from this is the fact that outsourcing–even remote outsourcing–wasn’t primarily seen as a cost-cutting solution. It was perceived more as a quick and efficient way to achieve goals. For captains at sea, that meant finding people that were sorely needed. For the nations of the time, it meant expanding their global coverage and their effective reach. Ultimately, while outsourcing was all about necessary growth.

The next great milestone in the story of remote outsourcing happened during the reign of Peter the Great of Russia. Renowned for steering his country into new heights of prosperity in the 1670s and onwards, Peter himself was outsourced by his country to the Netherlands as a shipbuilder. From there he discovered the skills and capabilities of craftsmen which were simply absent in his native Russia. Rather than take the long way of sending people out to train, he simply brought those craftsmen back home with him.

To see the great success that this move leads to, you only need to look at the beautiful Russian city of St. Petersburg. There’s a very good reason that it used to be the capital city of the country–it brought together the styles and designs that made many other European cities beautiful. He outsourced plans and designs to Italian architects in that far-off land, brought in German engineers, French artisans–essentially anyone with the necessary skills to contribute.

Again, it’s interesting to note that outsourcing wasn’t seen primarily as a means by which one could get cheap labor. Quite the contrary, a lot of the people that Peter outsourced were the best in their fields–and with a matching price tag. The whole point was that Peter saw a need that could be filled by skilled talent beyond his nation’s borders, and saw taking them in as a means to realize his own vision in the most expedient way possible.

Peter the Great was one man who leveraged outsourcing to success in his time, Japan as a nation undertook to outsource to find success and power through many decades. This began in the reign of the Meiji Emperor. Prior to his push for restoration, Japan was entrenched deeply in its isolationist policy. This meant that it was relatively left behind by the rest of the world in terms of technology.

His 1868 Charter Oath opened Japan up to the world which it emphatically reached out to fill the gap left by this isolationism. The Western powers like the United States, Great Britain, and Germany were tapped first for their significantly advanced manufacturing capability, then for their expertise in the form of source out teachers, trainers, and experts. This combination of remote outsourcing and inbounding would see Japan rise to power on the global stage.

The main lesson that Japan teaches us from their example is that outsourcing to the right people at the right time can be a smart move. They were looking for growth and understood that it wouldn’t be coming from within their borders. So they looked far afield to find the expertise they needed then outsourced that talent to fill their needs. This smart investment has enabled the country to go from isolated to competitive in a matter of decades.

With technology today making it easier for people to connect and communicate over longer distances, it’s funny that fewer people leverage remote outsourcing for their own success stories. It’s even funnier than the examples of history have shown that gravitation towards this practice was actually very natural and, in some cases, necessary to the achievement of desired growth goals. But that’s most likely due to a lack of understanding at what great outsourcing is all about.

Great outsourcing begins with great people. Every successful remote outsourcing company has the best talent at its disposal across a wide range of fields and disciplines. They also provide the means they can carefully choose who works with them as well as the means to monitor the progress of the work being done for you. This is certainly a major advantage over those who have tried the practice in the earliest centuries.


Changing the Game With CrewBloom

At CrewBloom, not only do we provide our clients with the top 2% of talent in customer service, lead generation, sales, and business development, and even administrative support, we also ensure that you have control over who you choose to work for you. Because there’s no contract binding this setup, you can readily change anyone who isn’t delivering the best work. It never needs to reach that point, however, monitoring software and a dedicated success manager will help you keep tabs on the progress of your chosen talent.

When we say that we offer the best talent for 70% savings off your overhead costs, it isn’t because we compromise on the quality of our talent. It’s because we have revolutionized remote outsourcing. All of our own operations are done by remote workers in their own homes. This saves us a lot of money and we pass it on to our clients. So what happens is that you get the very best for far less.

Have history on your side and achieve your growth goals today. Talk to us, and we’ll make sure you have the very best talent working for you today.
Share 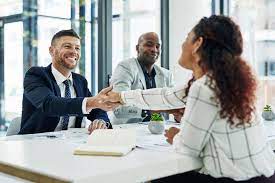 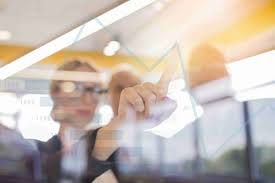